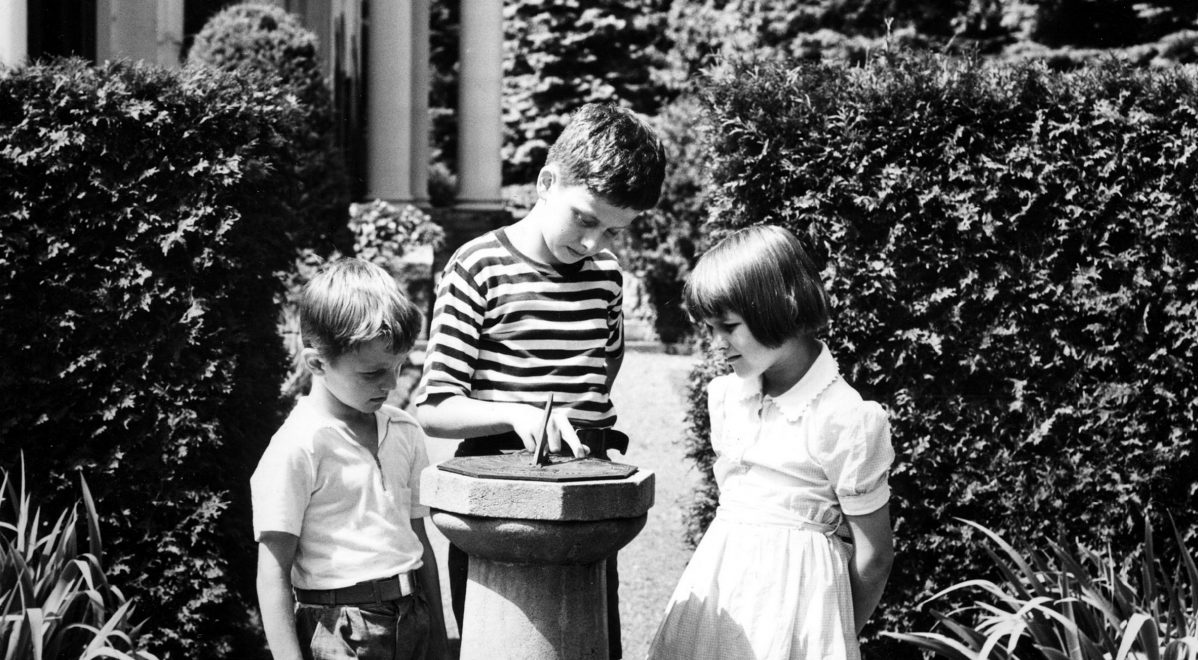 About Us
Inquire Now Give Now

In 1928, Edgar and Doris Flinton, two local public school teachers, began to envision an educational program that would nurture children’s strengths, foster a love of learning, and prepare a new generation of scholars, athletes, and citizens. They launched a private summer tutoring program called The Williamstown Tutoring School, which was an extraordinary success. The school quickly became renowned for its strong academics combined with individualized attention, focus on the arts, and casual and friendly atmosphere – all of which remain hallmarks of Pine Cobble today.

After nine successful summers, and after repeated urging by several prominent Williamstown families, many of them affiliated with Williams College, the Flinton’s opened the doors to Pine Cobble School, in September of 1937.

The School began in rented summer mansions, which were left vacant during the fall, winter, and spring. Out of necessity, and to accommodate various owners, the School moved to a different location four times during its first six years. In 1940, to ensure the school’s stability, a group of parents applied for, and were granted, not-for-profit corporation status, and the school settled into a permanent home on Main Street in 1943.

That same year, Dr. Flinton chose to help in the war effort by training pilots in Colorado, which marked the end of the Flintons’ leadership, though their family remains involved, even today with one of their children and a grandchild both serving on our Board of Trustees. After World War II, Pine Cobble School expanded its grades into the high school level for the only time and, in 1947, granted high school diplomas to its only graduating class.

In 1970, Pine Cobble erupted in flames, and the main building burned to the ground. There was no loss of life, but the future of the School was in question. The School had no cash reserves, all the records had been destroyed, and there was not so much as a book or pencil with which to start anew. Luckily, devoted families responded to the occasion with great generosity, and the school was rebuilt in 1970-1971. While the school was under construction, classes were held throughout the community, with different grades hosted in local church classrooms.

The 1970’s and 1980’s were marked by continued growth. The student body grew considerably, and Pine Cobble became a member of various accrediting bodies, including AISNE and NAIS.

During the 1990s, Pine Cobble had reached new levels with regard to programming and athletic space. With the help of generous donors, Pine Cobble purchased the campus of the High Croft School, a proprietary boarding school one mile from the Main Street location. This brought Pine Cobble to its current home, at 163 Gale Road, originally an estate owned by the Cluett family, and designed by Olmsted Associates. As part of the transaction, the former Pine Cobble School campus became the David and Joyce Milne Public Library, which it remains today.

In recent years, Pine Cobble’s Board of Directors embarked on a series of efforts to ensure the institution’s long-term stability: a strategic planning process, an intensive focus on financial security, and renewed commitment to the long-term strength of the school.

Over the generations, Pine Cobble has advanced in important ways. Today, we offer an outstanding 20-acre campus; several sports teams; a winter sports program; a pottery studio; dedicated arts and music buildings; an array of after-school activities; state-of-the-art academic resources, and a character education program that is rooted in values and prepares students to be outstanding citizens in a 21st century world. Pine Cobble remains true to the vision originally articulated by the Flinton’s in 1937. We continue to offer children a powerful academic program, within a community that values the individual.

We value our rich history and move boldly into the next quarter of a century.