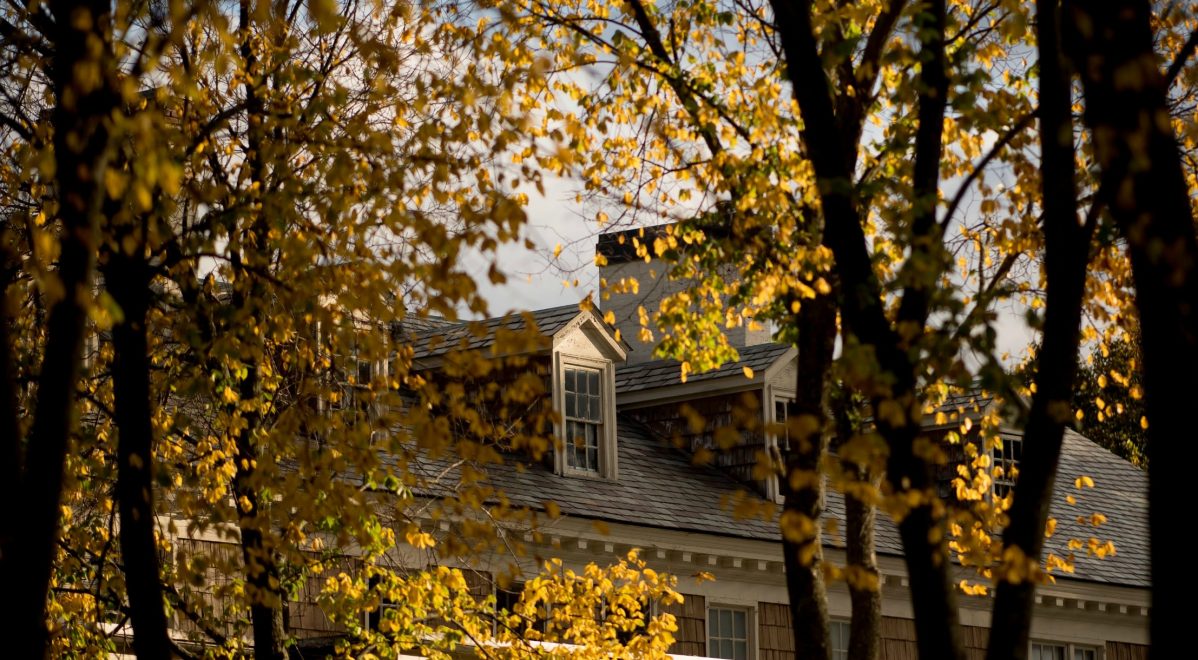 Our History
Inquire Now Give Now

The home was built in 1911 as a weekend and summer home for George Alfred Cluett, and is an example of the high Georgian style. The original landscape was designed by Olmstead Associates in 1911. Olmstead Associates, founded by Frederick Law Olmstead, designed over 60 projects in Berkshire County. Cluett was born in Troy, NY, and joined his father and uncle in the successful collar and shirt factory which later became Arrow Shirts.

By the turn of the century, Williamstown had become a popular summer resort, and George’s father, Robert Cluett, had built a Georgian revival home at the top of Gale Hill that the family called Southfield (which still stands). When his father died, George become president of Cluett, Peabody, and Company, which later became Arrow Shirts. Several members of the large Cluett family had homes in Williamstown. Cluett raised Guernsey cattle, Clydesdale horses, and Norwegian Elkhounds.

George became a discerning collector of antiques. He bought examples of the work of the finest cabinet markers, including three McIntire sofas, two signed Seymour tambours, and a signed Lannuier pier table. He also owned the “outstanding representation of Duncan Phyfe (furniture) anywhere today,” this from an article in the November 1954 issue of the magazine “Antiques.” This issue was entirely devoted to the homes of seven distinguished collectors, including the “outstanding collection of the American Federal furniture” owned by the George A. Cluett family. Helen Comstock, who wrote the piece on the Cluett collection, noted that “the house is a work of art in itself,” and provided the prefect backdrop for the rarities that Mr. Cluett collected. The images in the magazine “Antiques” confirm this observation and show Cluett’s treasures arranged in beautifully detailed rooms, surrounded with fashionable scenic wallpaper, elegant curtains, and oriental rugs.

He later used the Williamstown estate as a summer home, and Sea Island, Georgia, which he purchased from the late playwright Eugene O’Neill, became his permanent home. He died in 1955 and is buried in the Williams College cemetery. In 1960, Cluett’s children, George Alfred Jr. and daughters Emily and Edith, loaned almost 90 pieces from their father’s furniture collection to Historic Deerfield. Other pieces may be seen at the Museum of Fine Arts in Boston and the Sterling and Francine Clark Art Institute in Williamstown.

The Cluett estate is in very good, original condition, though additions have been added to the south (back) and west sides of the building. The rooms have beautiful molding and original fireplaces. Original ornate ceilings can also be found in several rooms.